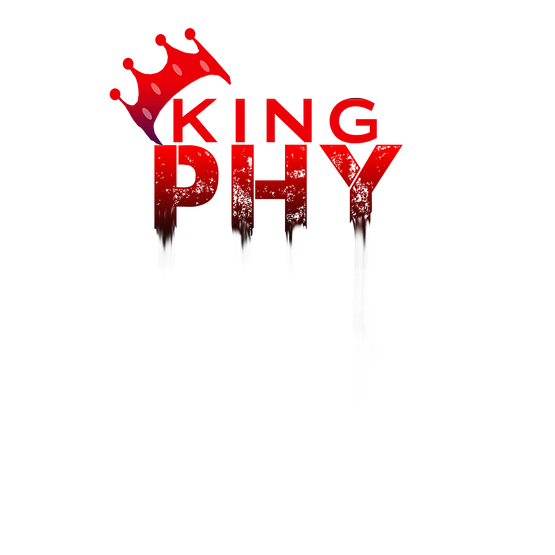 Self-Proclaiming himself, “One of the hottest rappers on Earth.” You can’t really tell the Confident St. Petersburg, Florida native rapper King Phy he ain’t the Sugar Honey Ice Tea. He considers himself a rapper from a city that has no major support but he continues to put on for his city regardless of the skeptics. He has performed numerous shows throughout the U.S. with mainstream stars like Trick Daddy, Triple C’s, B.G. and Twista to name a few. He has also performed with local as well as indie artists. Being an 80’s baby had its’ perks and because music was so diverse back then he grew up listening to all types of music but Hip- Hop was just that genre he was naturally attracted to. He recalls being in his first group at the age of 6 and is ½ of the group “Da Real Loud Pack Mafia” ( who have been featured on worldcomeup.com) He gushes about being a great father to his sons and says Run-ins with the law and stints in jail and prison caused many setbacks in his music career but King Phy is back and ready to continue to show the world why he is King. He is anticipating the release of his latest Street Album sometime this year, “Trapping Outta Space”, which has all original production and a great balance of street life and sultry street anthems for the ladies. He comes across as a very well accepted rapper in his home town as well as in surrounding cities and states.But don't call him a rapper he prefers being called a "Clean Artist" He is also a business man and looks at himself as a mogul.He is the CEO of BUTCHA Block Muzik.  I see nothing but good for this artist as he brings Trap music a refreshing reboot with singles like “Street Dreams” and Sh*tted Again Haterz” I wish nothing but continued success to King Phy as he kicks off the new year with new music and another chance to soar in his artistry. Below are a couple links to his songs on soundcloud and official artwork for #TrappinOuttaSpace. There are also videos from a few years back that you can check out. As you guys should know I do a Q & A with the spotlight artist check out the dope responses from King Phy below.

Q & A with King Phy
[MSC]: What artist influenced you to even start making music?
[KING PHY]:2 Pac, Pimp C Rakeim, and Master P
[MSC]:What are your aspirations for your city and the future of music there?
[KING PHY]: To make the industry look here (St. Petersburg). There's a lot of talent but no major artist have come from here. Also starting a Youth Foundation to give back to the kids,  more jobs in the inner city, more business and an all around better community.
[MSC]:When is TOS dropping?
[KING PHY]: No date yet, but Soon!
[MSC]: What sets you apart from other rappers?
[KING PHY]: Even though I  do put my music online to be downloaded and viewed I am still old school with hitting the streets with music and selling it right out the back of my trunk.