"I never met true love until I met music"
--Brattnae 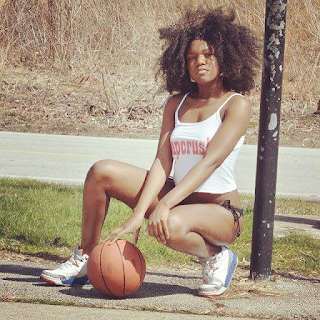 Born in Chicago,Illinois in the Englewood area. Brattnae has always been determined. Bratt uses her imagination and life experiences to write her music even though she is really quiet, her mind has so much built up where it is really easy for her to write music. Being a target of bullies started something much more. "I was the type of girl that got bullied. Why I really dont know but now I look back and realize why." Brattnae went on to further elaborate that she wasn't really good at anything except receiving good grades, especially in English. " I was an awesome writer and still am." Brattnae started writing music at a young age and had always had a passion for rhyming words and performing but never knew that she would one day rap. When she first began rapping it was something she used to escape reality. "It was just me rhyming words and writing out lyrics of industry songs. As I got older I realized it had become an addiction and a passion. It made me feel good."  Being the only child for so long deeply impacted her personality. At the age of 13 is when she really started getting involved with music. Brattnae would type the "Do or Die" lyrics on her computer and repeat them multiple times until it was memorized. At this same age is when Brattnae dreamed of recording her own music and doing features but she knew she had to go to a studio. Even though she had grown up with a father who was a former musician himself that had stopped pursuing his dreams Brattnae thought maybe he would have tried to help her  pursue hers but instead it was the complete opposite. Her mother, who isn't a fan of rap music wasn't supportive either so it was so hard for her to actually do what she loved.  When Brattnae was 17 she was finally able to really pursue her dreams. Her mother had  recently moved back  to Chicago and upon graduating Brattnae, who was  preparing for college had started working a summer job. This job finally allowed her access to fund her dreams of recording in a studio. "When I turned 17 I started paying for my own studio time.I would catch the CTA to the studio." When she initially started recording it made her feel weird. She recalls being nervous and shy but those feelings quickly wore off. She made her first song which was  called " Metaphorically Speaking" Brattnae described the song as "Lyrically hot and very hip hoppy"  She started writing to actual beats that she had found on sound click. She would record it and then upload it to YouTube. Though it may sound easy she admits those years were tough and challenging. "But I wouldn't trade those days for nothing in the world." She went off to college after that initial work but had no idea what she want to be and after just one semester  she realized being two hours away from home with no car, money, and family that she no longer wanted to be there. Bratt went back home, found a full time job and enrolled into community college full time. She was still able to record when she wanted. From that continuous work came her song "Another Girl" which got numerous plays on Power 92.3. When she turned 20 she actually got to do an interview at 92.3 and drop her song "Gucci" she also started performing at clubs and bars.In 2015 she dropped her first mixtape #RapCrush, which dropped on Valentine's Day that year and is available on iTunes, Amazon, and Spinrilla. "That mixtape was special to me. I made it because I wanted to express the term "love" to my listeners with nice mellow tracks such as "Tonight" "Ride Out" and "For Her". After dropping her first mixtape she followed up with #CrazyCuteCool which is available on SpinrillaMost of her early songs like Brattysheez, Another Girl, and Gucci have all be played on the radio. In present times Brattnae is just working on her catalog, doing more videos, new mix tapes and more promotional avenues. She is also embracing modeling and working on an online Talk show. She is also interested in writing for artist. She is focused on the music, especially the business side, her new mixtape #50ShadesofPink slated to drop later this year and growing her fan base. Being a female rapper is just the tip of the iceberg but you guys will have to keep an eye out for Brattnae as she continues to grind for her craft. I hope to see growth and a lot of empowering songs from her. Check Out some of her content below and be sure to connect with her. 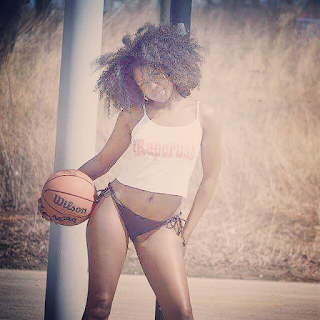 [M$C]: Which female artist influences you?

[Brattnae]: I can say Trina, Lil' Kim and definitely Missy Elliot. Missy Elliot influenced my music a lot as a child she was who I listened to the most . She's so creative and cool her music was just different .

[M$C]: How has being bullying shaped your music?

[Brattnae]: Bullying shaped my music because as a child I never understood why kids didn't like me or why they used to talk about me . It hurt and it made me feel like I had no worth in the world especially when I was a pre teen and a teenager. When I started writing music it made me feel worthy and actually good it brought light to my world and the bullying only made me go harder with my music. Now I see why I was bullied. You know they saw something in me that they was envious of.

[M$C]: I saw you want to write for artist? Any particular artist?

[M$C]:Which lane of rapping for a femcee do you ride? The sexual or the aggressive?

[Brattnae]: I think I'm still stuck on the sexual side as a female artist I'm not the aggressive type but I'm trying to get in the middle when I could be hardcore and still sexy at the same time.
Content|Videos 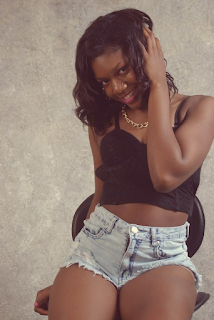