This will be my first actual factual award

show recap. Yeah I know, I'm lame to the game but sometimes life circumstances won't allow for folks to tune in if you feel me. Anyways last night's show was interesting. The fashion, the persona's, the tributes! Ok first let me start from the beginning. Thank You Queen Yonce' for finally gracing the BET Awards with your actual presence. It kinda sucked she wasn't there to actually accept her awards but I do understand she is on Tour and got a lot of people to please and money to make. I have to point out that Beyonce' was back to her classic Beyonce' braids and I was definitely snapping in a Z formation. Her water theatrics were probably not fun for those around the stage and Kendrick Lamar just didn't give AF about his fit or shoes like literally him and Alicia Key just was destroying things. I loved the young lady from Berlin, I think her name was Bebe she had a very nice voice. The two sisters Chloe and Halle were really good too. I remember watching them grow up on their YouTube channel doing their cover song videos. It's great to see that they have gotten picked up and by none other than Beyonce'. Um did anyone else realize that Desiigner didn't really rap his entire set? Or was that just me. Upon further analysis did  anyone also realize that he isn't really saying much but Panda repetitively and I got broads in Atlanta  and something about a scanner. Um yeah.... Someone tell me something!!!! The Host were Black-ish stars Anthony Anderson and Tracee Ellis Ross. Those two together are pure foolery and I enjoy their banter together. Great choice on that BET. I hollered when Anthony came out with the ass less pants after Jeaelle Monae's Prince Tribute which was amazing! Her and Bilal killed their Prince Tributes. The others were good but not on the level that those two put into their performances.  At this point I want to #Shoutout all the #BlackMagic in the room. In the words of Jesse Williams "Just because we're magic doesn't mean we're not real."(More on that later) I loved all the natural, eccentric, quirky, and edgy hair styles. It is refreshing to see on television that we are getting back to our roots. Um a few fashion blunders that I will comment on is Spike Lee, like wtf man I didn't know if he was Willy Wonka, Magic Mike, Merlin, or the Mad Hatter. Like Bruh you make the dopest movies ever but he was reaching last night. Now to Jesse Williams prolific Humanitarian award acceptance speech gave me life. He said what needed to be said, what should have been said, and what nobody has been saying. I really hope that American and young America was listening to his words last night. He is the truth! Now my last highlight I want to bring up is Junes Diary BET Awards debut. I am not happy with the name, I know Chasing Destiny was the name of the docu-series but I thought the name would have been fitting for the group. I love their new video and I am excited to see what they have in store for us. Well I am done recapping the 2016 BET Awards. I will be gearing up for the Hip Hop Honors so be on the look out for a write up on that. If you missed the BET Awards 2016 check out the list of the winners below enjoy! 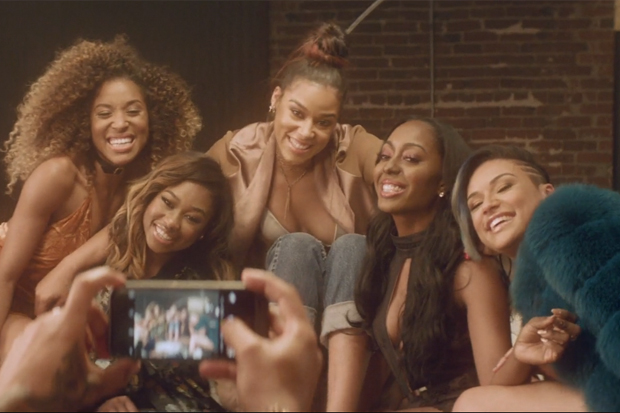 
Cause the Internet Has no Chill|Memes 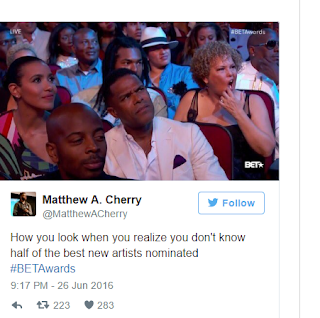