"He want to floss,I want to grind, he want to shine, I want the money."
--Young Huli
"Cut It" Remix

Today Young Huli dropped his anticipated mixtape "I'm A Fool" and with popular beats being graced by Young Huli you can only listen as he elaborates on what is common struggles and regular day to day life.This is by far the most anticipated mixtape to date for me and I have been waiting over a year for it. He gets into real story telling like Yo Gotti. He painted a vivid  picture in his song "Bad Dreams"  as he goes into full details about a dream that went sour and upon waking didnt have much to show for it. He has a few tracks produced by Nictunez and a few features from St. Petersburg rappers like Gwop, Jitt & Stone. Majority of the beats are familar but once you hear a Huli Mix its a whole other level. I really wish  there were a few more features but I am happy with the finished project and it was worth the wait. I had enough time over the last year to be familar with some of the tracks and because of that I feel like I already connected with the mixtape. "Time Remix" is my favorite Huli Mix and with notable punchlines its only right that you make time to check out this #NEW mixtape from Florida's own Young Huli.I hope whatever Huli has up his sleeve for his next project isn't far behind and he sticks to what he does best.... Acting a Fool on these beats. 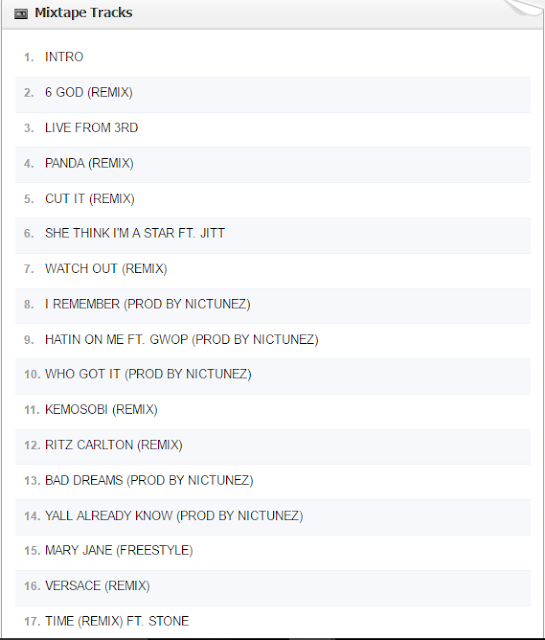